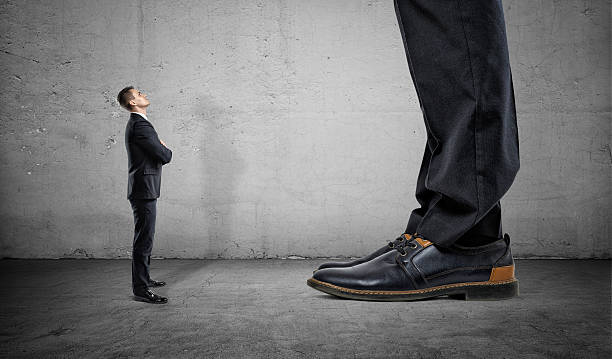 Pick Up Your Battles Carefully: The Perfect Economy Strategy

We all have limitations; our energies and skills will take us only so far. Danger comes from trying to surpass our limits: seduced by some glittering prize into overextending ourselves, we end up exhausted and vulnerable. You must know your limits and pick your battles carefully. Consider the hidden costs of any conflict: time lost; political goodwill squandered; an embittered adversary bent on revenge. Sometimes it is better to wait, to undermine your adversaries covertly rather than hitting them straight on. If the confrontation cannot be avoided, get your adversaries to fight on your terms: aim at their weaknesses; make the conflict expensive for them and cheap for you. Fighting with perfect economy, you can outlast even the most powerful foe.

Excitement about a venture's prospects is natural before it begins, and if the goal is enticing, we unconsciously see what we want to see, more of the possible gains, fewer of the possible difficulties. The further we go, the harder it becomes to pull back and rationally reassess the situation. In such circumstances the costs tend not just to mount, they spiral out of control. If things go badly, we get exhausted, which leads us to make mistakes, which lead to new, unforeseen problems, which in turn lead to new costs. Any victories we might have along the way are meaningless.

The more you want the prize, the more you must compensate by examining what getting it will take. Look beyond the obvious costs and think about the intangible ones: the goodwill you may squander by waging war; the fury of the loser if you win; the time that winning may take and your debt to your allies. You can always wait for a better time. You can always try something more in line with your resources. Save yourself unnecessary battles and live to fight another day.

No person or group is completely either weak or strong. Every individual, any organization, no matter how invincible they may seem, have a weak point, a place left unprotected or undeveloped. Size itself can be a weakness in the end. Meanwhile even the weakest group has something it can build on, some hidden strength. Your goal in any kind of conflict is not simply to amass a stockpile of weapons, to increase your firepower so you can blast your adversary away. That is wasteful, expensive to build up, and leaves you vulnerable to guerrilla-style attacks.

Going at your adversaries blow by blow, strength against strength, is equally un-strategic. Instead, you must first assess their weak points: internal political problems; low morale; shaky finances; overly centralized control and even their leader's megalomania. While carefully keeping your own weaknesses out of the fray and preserving your strength for the long haul, hit their Achilles' heel again and again. Having their weaknesses exposed and preyed upon will demoralize them, and, as they tire, new weaknesses will open up. By carefully calibrating strengths and weaknesses, you can bring down your Goliath with a slingshot.

Reality can be defined by a sharp series of limitations on every living thing, the final boundary being death. We have only so much energy to expend before we tire, only so much in the way of food and resources is available to us. Our skills and capacities can go only so far. People who live in poverty are acutely aware of their limits: forced to make the most of what they have, they are endlessly inventive. Necessity has a powerful effect on their creativity.

The problem faced by those of us who live in societies of abundance is that we lose a sense of limit. We are carefully shielded from death and can pass months, even years, without contemplating it. We imagine endless time at our disposal and slowly drift further from reality. We imagine endless energy to draw on, thinking we can get what we want simply by trying harder. We start to see everything as limitless, the goodwill of friends, the possibility of wealth and fame. A few more classes and books, and we can extend our talents and skills to the point where we become different people. Technology can make anything achievable.

Abundance makes us rich in dreams, for in dreams there are no limits. But it makes us poor, poor in reality. It makes us soft and decadent, bored with what we have and in need of constant shocks to remind us that we are alive. In life you must be a fighter, and facing adversity requires realism. While others may find beauty in endless dreams, the Ultimate Systemic Strategic Warriors find it, in awareness of their limits, in making the most of what they have. They look for the perfect economy of motion and gesture, the way to give their blows the greatest force with the least expenditure of effort. Their awareness that their days are numbered, that they could die at any time, grounds them in reality. They know there are things they can never do, talents they will never have, lofty goals they will never reach. That hardly bothers them. Systemic Strategic Warriors focus on what they do have, the strengths that they do possess and that they must use creatively. Knowing when to slow down, to renew and to retrench, they outlast their opponents. They play for the long term. With the minimum they have, they create the maximum effect.

People that seem to have the edge in money and resources tend to be predictable. Relying on their resources instead of on knowledge and strategy, they grow mentally lazy. When problems arise, their solution is to amass more of what they already have. But it is not what you have that brings you victory, it is how you use it. When you have less, you are naturally more inventive. Creativity gives you an edge over adversaries and adversaries dependent on technology; you will learn more, be more adaptable, and you will outsmart them. Unable to waste your limited resources, you will use them well. Time will be your ally.

If you have less than your opponents, do not despair, you can always turn the situation around by practicing perfect economy. If you and your adversary are equals, getting hold of more weaponry matters less than making better use of what you have. If you have more than your opponent, fighting economically is as important as ever. Even if you are wealthy, act poor. The poor are more inventive; they value what they have and know their limits. Sometimes in strategy you must ignore your greater strength and force yourself to get the maximum out of the minimum. Even if you have the technology, fight the peasant's war.

Any battle is a balance of ends and means. You may have the best plan to achieve a certain end, but unless you have the means to accomplish it, your plan is worthless. Learn to begin by examining the means you have at hand and then to develop your strategy out of those tools. This is what makes you brilliant strategist: you would always think first of the givens, the makeup of your own troops and of your opponent's. That would give you the foundation not only for your plan of attack but for the ends you want to achieve. Instead of being locked into a way of fighting, constantly adjust your ends to your means. This is the strategic advantage the Ultimate Systemic Strategic Warrior uses again and again.

The next time you launch a project, try an experiment: do not think about either your solid goals or your wishful dreams, and do not plan out your strategy on paper. Instead, think deeply about what you have, the tools and materials you will be working with. Ground yourself not in dreams and plans but in reality. Think of your own skills, any political advantage you might have, the morale of your troops, how creatively you can use the means at your disposal. Then, out of that process, let your plans and goals blossom. Not only will your strategies be more realistic, but they will also be more inventive and forceful. Dreaming first of what you want and then trying to find the means to reach it is a recipe for exhaustion, waste, and defeat.

Do not mistake cheapness for perfect economy. Too many have failed by spending too little as often as by spending too much. Perfect economy does not mean hoarding your resources. That is not economy but stinginess, deadly in any battle. Perfect economy means finding a golden mean, a level at which your blows count but do not wear you out. Over economizing will wear you out more, for the conflict will drag on, its costs growing, without your ever being able to deliver a knockout punch. Several strategists lend themselves to economy in fighting.

First is the use of deception, which costs relatively little but can yield powerful results. Deception can be a great equalizer for the weaker side. Its arts include the gathering of intelligence, the spreading of misinformation, and the use of propaganda to make the battle more unpopular within the adversary camp. Second, look for opponents you can beat. Avoid adversaries who have nothing to lose, they will work to bring you down whatever it costs. Easy victories enhance morale, develop your reputation, give you momentum, and, most important, do not cost you much. There will be times when your calculations misfire; what had seemed to be an easy campaign turns out hard. Not everything can be foreseen. Not only is it important to pick your battles carefully, then, but you must also know when to accept your losses and quit. Do not let pride and anger overtake your powers of reason. Do not fall into such a trap; know when to stop. Do not soldier on out of frustration or pride. Too much is at stake.

Finally, nothing in human affairs stays the same. Over time either your efforts will tend to slow down, a kind of friction will build up, whether from unexpected exterior events or from your own actions, or momentum will help to move you forward. Wasting what you have will create friction, lowering your energy and morale. You are essentially slowing yourself down. Fighting economically, on the other hand, will build momentum. Think of it as finding your level, a perfect balance between what you are capable of and the task at hand. When the job you are doing is neither above nor below your talents but at your level, you are neither exhausted nor bored and depressed. You suddenly have new energy and creativity. Fighting with perfect economy is like hitting that level, less resistance in your path, greater energy unleashed. Oddly enough, knowing your limits will expand your limits; getting the most out of what you have will let you have more.

There can never be any value in fighting uneconomically, but it is always a wise course to make your opponent waste as much of his resources as possible. This can be done through hit-and-run strategies, forcing him to expend energy chasing after you. Lure him into thinking that one big offensive will ruin you. Then, bog that offensive down in a protracted conflict in which he loses valuable time and resources. A frustrated opponent exhausting energy on punches he cannot land will soon make mistakes and open himself up to a vicious counterattack.