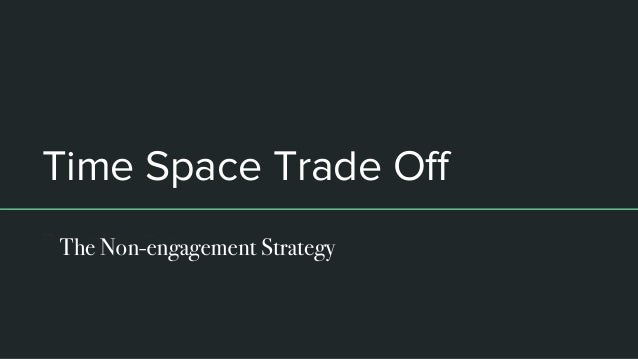 Retreat in the face of a strong adversary is a sign not of weakness but of strength. By resisting the temptation to respond to an aggressor, you buy yourself valuable time, time to recover, to think, to gain perspective. Let your adversaries advance; time is more important than space. By refusing to fight, you infuriate them and feed their arrogance. They will soon overextend themselves and start making mistakes. Time will reveal them as rash and you as wise. Sometimes you can accomplish most by doing nothing.

Ruling by The Abdicating Rule: Retreat to advance

A key concept of Systemic Strategic Planning is the idea of action through inaction, of controlling a situation by not trying to control it, of ruling by the abdicating rule. The abdicating rule involves the belief that by reacting and fighting against circumstances, by constantly struggling in life, you move backward, creating more turbulence in your path and difficulties for yourself. Sometimes it is best to lie low, to do nothing but let the winter pass. Although many would see this as a sign of weakness, in moments of danger, when your adversaries are stronger, do not be afraid and do not hesitate to retreat. In such moments you can collect yourself and strengthen your identity. Time will always show up the holes in his adversaries' strategy. Use that time to reflect on yourself and gain perspective on the whole situation. Let the winter pass and make this period of retreat not a negative humiliation but a positive strategy. Once the winter had passed, reemerge, strengthened by your period of retreat. More than often, your adversaries would have succumbed to their own weaknesses.

All Conflicts Are Deceptive

All conflicts are deceptive: you may think that you are strong and that you are making advances against an adversary, but time may show that you were marching into great danger. You can never really know; your immersion in the present deprives you of true perspective. In many situations, the best you can do is to rid yourself of all the conventional patterns of thinking. Advancing is not always good. Retreating is not always weak. In fact, in moments of danger or trouble, refusing to fight is often the best strategy: by disengaging from your adversary, you lose nothing that is valuable in the long run and gain time to turn inward, rethink your ideas, separate the true believers from the hangers-on. Time becomes your ally. By doing nothing outwardly, you gain inner strength, which will translate into tremendous power later, when it is time to act.

The problem we all face in in life, is that each of us is unique and has a unique personality. Our circumstances are also unique. No situation ever really repeats itself. But most often we are barely aware of what makes us different, in other words, of who we really are. Our ideas come from books, teachers, all kinds of unseen influences. We respond to events routinely and mechanically instead of trying to understand their differences. In our dealings with other people, too, we are easily infected by their tempo and mood. All this creates a kind of fog. We fail to see events for what they are. Your task as a systemic strategist warrior is simple: to see the differences between yourself and other people, to understand yourself, your side, and the adversary as well as you can, to get more perspective on events, to know things for what they are.

In the hubbub of daily life, this is not easy, in fact, the power to do it can come only from knowing when and how to retreat. If you are always advancing, always attacking, always responding to people emotionally, you have no time to gain perspective. Your strategies will be weak and mechanical, based on things that happened in the past or to someone else. You will imitate instead of creating. Retreating is something you must do every now and then, to find yourself and detach yourself from infecting influences. And the best time to do this is in moments of difficulty and danger. The essence of retreat is the refusal to engage the adversary in any way, whether psychologically or physically. You may do this defensively, to protect yourself, but it can also be a positive strategy: by refusing to fight aggressive adversaries, you can effectively infuriate and unbalance them. Most people respond to aggression by in some way getting involved with it. It is almost impossible to hold back. By disengaging completely and retreating, you show great power and restraint. Your adversaries are desperate for you to react; retreat infuriates and provokes them into further attack. So, keep retreating, exchanging space for time. Stay calm and balanced. Let them take the land they want; lure them into a void of nonaction. They will start to overextend themselves and make mistakes. Time is on your side, for you are not wasting any of it in useless battles.

Conflicts are a constant illustration of Murphy's Law: if anything can go wrong, it will. Conflicts are notoriously full of surprises, of unforeseen events that can slow down and ruin even the best-laid plan. This is what we call "friction." But when you retreat, when you exchange space for time, you are making Murphy's Law work for you. Set up your adversaries as the victims of Murphy's Law, giving them enough time to make the worst come to pass. Maneuver to create time for Murphy's Law to do its work on your adversaries. In any kind of conflict, time is just as important as space in strategic thought and knowing how to use time will make you a superior strategist, giving an added dimension to your attacks and defense. To do this you must stop thinking of time as an abstraction. The reality is that the minute you are born, time is all you have. It is your only true commodity. People can take away your possessions, not even the most powerful aggressors can take time away from you unless you let them. To waste your time in battles not of your choosing is more than just a mistake, it is stupidity of the highest order. Time lost can never be regained.

When Your Adversaries Attack You in Overwhelming Force

When your adversaries attack you in overwhelming force, instead of retreating you may sometimes decide to engage them directly. You are inviting martyrdom, perhaps even hoping for it, but martyrdom, too, is a strategy, and one of ancient standing: martyrdom makes you a symbol, a rallying point for the future. The strategy will succeed if you are important enough, if your defeat has symbolic meaning, but the circumstances must work to highlight the rightness of your cause and the ugliness of the adversary's. Your sacrifice must also be unique; too many martyrs, spread over too much time, will spoil the effect. In cases of extreme weakness, when facing an impossibly large adversary, martyrdom can be used to show that your side's fighting spirit has not been extinguished, a useful way to keep up morale. But, in general, martyrdom is a dangerous weapon and can backfire, for you may no longer be there to see it through, and its effects are too strong to be controlled. It can also take centuries to work. Even when it may prove symbolically successful, a good strategist avoids it. Retreat is always the better strategy.

Retreat must never be an end in itself; at some point you must turn around and fight. If you do not, retreat is more accurately called surrender: the adversary wins. Combat is in the long run unavoidable. Retreat can only be temporary.